Not 'The Thirty Nine Steps'

I don’t know if anyone else didn’t watch the BBC’s version of ‘The Thirty Nine Steps’ a few hours ago? It’s just I tuned in at the right time earlier tonight and appear to have watched something completely different with the same title and same named lead character of Richard Hannay. Is this just me? 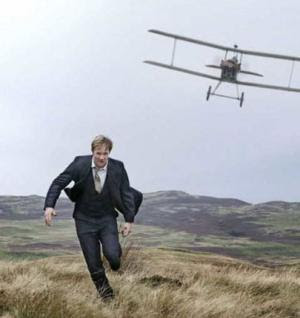 I read the book earlier in the year because I knew this would be on at Christmas and really like to read the novel before I see the TV version/film. After having loved the book so much I was really excited by the prospect of some great Christmas television, especially after how good the Beeb’s versions of ‘Bleak House’ and ‘Cranford’ have been.

Well I don’t know what happened here, I mean it started off the same and then suddenly they brought in this suffragette strumpet called ‘Victoria’ who not only didn’t exist in the book, completely took over and then also completely changed the plot from then on. Richard Hannay didn’t play second fiddle to anyone in the book and yet here he was being ordered about and getting domineered by someone who didn’t exist in the world of John Buchan. I fear the author might have been turning in his grave during the last few hours. I was so cross I didn’t watch the show about him on BBC4.

I really wish I had just watched ITV’s adaptation of ‘Affinity’ by Sarah Waters now!
Posted by Savidge Reads at Sunday, December 28, 2008